2nd Point of View and the Idea of Alternative Endings:

By Judith B. Shields

I wish to encourage positive dialogue and discussion with these posts so that we help each other as readers and authors—please feel free to comment!

The usual choices of an author for a story are either first person “I” P.O.V. and third person P.O.V. “he, she, it, the king” (Limited, Omniscient and [rarely chosen] Objective). Second person “you” is not commonly used by authors in modern fiction. There are exceptions. 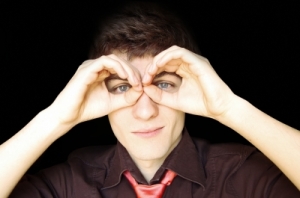 Visual novels and Interactive Fiction. Have you ever come across either?

Interactive Fiction is a story genre that used to be exclusively on paper. “Where in the World is Carmen Sandiego” series is the perfect example of this type of writing. Now, interactive fiction has transformed into interactive text games or video games. For a while I thought both story types were lost. I hadn’t seen them in a while. It is good that I’m seeing a slight revival in them, although more people prefer the visual novels.

Visual novels are usually targeted for younger audiences. Most of them focus on romance (yes they have quite a few adult ones too). Others are simulators or mystery genre. Visual novels usually end up as 2D video games. Think of a picture with text underneath. Like the interactive fiction, it’s a dynamic story that is based on reader’s choices. I usually don’t find one that appeals to me because they’re commonly targeted for younger audiences. However, I was desperate for a strategy game so I went ahead and tried one that ended up kicking my butt– a fantasy nation simulator called Long Live the Queen. It’s an anime art style game that it is available on Steam. I lost 10+ times before finally winning it once. It’s one of the hardest games I ever played. If anyone tries it, never fear, there are ways to win. Long Live the Queen has less text than most visual novels and seems a little more game-like, but there is a plotline.

On a different note: alternative endings.

As technology crosses into the platforms which we use to read, I wonder if we’ll see more alternative endings and reader choices. Is this a good thing?

What a surprise it was for me to read a third person ebook and discover alternate endings.   The Wild Swans (Timeless Fairy Tales Book 2) by K.M. Shea. In this recent ebook, the Shea gives two different endings. Shea’s stories largely specialize in Fairy Tales and are clean reads. This is the first time I have read one of her books and come across two different endings.

Has anyone else come across a book with an alternative ending?

Psst: Pass the Words Around